When it’s time for a business exit and sell your company, this case study of leadership coaching may help.

Jim is a longtime, 59 year old, successful manufacturing business owner. He was referred for business coaching and consulting services by a close associate with whom I had worked a few years back. The associate encouraged Jim to get some outside help to decide how he was going to prepare his business, and himself for an exit. He had no exit strategy or plan. His associate felt Jim was acting as though he was going to go on working forever, but that the market might be nearing a peak about the time the introduction was made.

Jim is a self-effacing guy who is first to give everyone around him credit for his long running business. On first meeting we decided to explore all aspects of his business, contentment with his current life and thoughts about the future. From these discussions we’d clarify the direction of our work. It quickly became clear he had a solid business, great leadership team and employees. It also became clear he was very ambivalent about not continuing the work he’d been doing for almost 30 years, non-stop. At the same time, Jim welcomed an outside perspective and gave me full permission to help him:

As we discussed Jim’s current lifestyle, it was robust with grown kids, a busy wife and connected friendships. Many of his buddies had retired or sold their businesses and his wife wanted to travel and spend more time together. So the impetus to sell his business was building pressure. At the same time, Jim hadn’t put his mind to what he wanted. He thought he wanted to continue working for many years—maybe another 7 or 8 years. But his thinking had been vague to that point.

Given permission and a pleasant working camaraderie, I pushed him to think about his work enjoyment and his future. I shared with him what he’d need to have ready whenever he was ready to sell the business and the kind of team we’d have to assemble to proceed towards a sale. I encouraged him to become more educated, talk to other owners about their experiences and to track the market for growth in his company and the economy to add to his decision-making.

I also encouraged him to consider ways he’d spend his time if and when he did sell the company.

Jim tackled every “assignment” thoughtfully. For a number of months he went back and forth in his consideration of staying or selling. He tried on all aspects—both personally for himself and for his family, as well as the consequences for his company growth and care of his people.

As we explored, and as Jim’s thinking evolved, our work naturally evolved.

As we worked, coaching for confidence in his leadership style and communication became a major focus. Jim had been a fairly laid back leader allowing others on his leadership team to be forward facing. Embracing the notion that he’d need to prepare his business for sale—either now or later—we decided to tuck into any changes and upgrades now.

Feeling genuine, objective support I provided him regarding his leadership style, Jim became more open about where he wanted to grow certain people on his team and where he envisioned improvements in day-to-day operations. We coached on communication and means to develop people’s strengths. His strong yet kind personality helped him to incorporate more effective, unambiguous expectations with every group within the 210 member company. For 4 – 6 months he spent time with his people in weekly meetings and learned where there were weak links and strengths, making improvements in management and systems all along the way.

He was enjoying embracing his role as CEO, as head of a company he felt pride in. He reaffirmed his confidence in the top company leaders and trusted they could carry on, no matter what he decided about his own exit and an ultimate sale. He thought they would want to stay and grow with the company if it had a right new ownership.

In spite of enjoying his hands-on leadership role, Jim gradually realized that he’d in a sense “perfected” his company. Given the peak in the marketplace and potential uncertainty about the future, he made the decision to pursue a sale within a few months of working together. We also knew that sales sometimes took years. In his manufacturing sector however, the pool of potential buyers could be specialized and narrow.

In our discussions and with others, Jim decided not to go the private equity route. He was confident in the product. Proud of what he’d built. He wanted to leave his company feeling good. This meant not just filling his coffers. It meant selling only to someone compatible with his values. It meant caring for his people.

He added a consultant to his team for the sale who vetted a handful of Merger and Acquisition firms. They interviewed over the course of a month and made their proposed approach to the sale. Communicating fully, Jim chose to partner with an M + A team compatible with his values and desired outcomes. At their recommendation he brought on a few additional advisors and also began to do personal finance and estate planning anticipating a sale.

My role on the “team” continued as private, outside counsel to Jim—a safe, trusted place he could talk over anything, hear himself think out loud, question and get feedback on making decisions that were true to himself.

Phase 4: Sale and Framing the Transition

The pool of buyers was small and each offer was thoroughly considered. One major prospect stood out. It’s business was in keeping with Jim’s company, wanting to keep its brand, name and leadership team (minus Jim) intact—building future growth on Jim’s platform. The seller and buyer liked and respected one another. It didn’t hurt that the offer was much higher than anticipated. An agreement was reached smoothy because Jim had his company’s house in order.

This brings me to describing the transition with Jim’s exit and new ownership stepping in place.

We all know that company transitions and change management can be very messy. I must say that, from the sidelines, I was quietly proud of how Jim continued to lead with grace as he walked people through the announcements.

When the time came to announce the acquisition and his own exit, Jim chose to do it quickly and personally. He held individual and small group intimate conversations, framing a clear message to his key team leaders. They in turn were able to be fully on board when the announcement was rolled out to the entire company a few days later.

Intimate conversation then time answering questions was part of “framing it”  for Jim.  It was his leadership and company culture all along and it fit his values. He shared openly and simply how he was ready to exit, how he had cared for his company and entire team in each of his choices up to the sale. When he spoke each time, he announced the sale up front and went right into the positives of why he agreed to sell to the company, who bought them – similar values, leaving them as a platform, key leadership remaining while Jim and ownership stepped back, everyone retained their position and compensation as is. Once reassured, of their survival needs, the employees could relax and ask questions. Within a few hours the employees also met the new company owners, and the relaxed relationship and similar communication of talking points further framed the change being implemented. Paperwork was signed and the transition was smooth with everyone signing on to the new ownership.

The M+A team and I both acknowledged this was one of the smoothest sale and transition of a company we had experienced or heard about! I believe it was founded on Jim’s openness to clarify and explore—through our coaching and in consultation with his team of advisors—what he wanted, his willingness to step fully into his leadership style fully supported and armed with his natural intuition, experience and knowledge and upgraded communication skills implemented. He should be very proud. His former employees should feel very cared for. We wish them well in carrying on.

And as all longtime business owners following a sale, Jim is giving himself time to decompress, rest and enjoy before making decisions about what he’ll do in the future.

View all of our Case Studies: drjanhoistadpartners.com/case-studies/

Dr. Jan Hoistad
Founder & Lead Coach at DJHPartners, Inc.
Whether it’s for your career or your business, Dr. Jan Hoistad is a career development and transition coach, and a business development coach and strategist. Her uniqueness is her “Big Picture” perspective. Assisting business owners and experienced career professionals, Dr. Jan partners with you as you transition through choice points in your career and business life. Her focus is on helping you clarify what you want, identify what’s in the way, and strategize a step-by-step plan so you achieve your goals.

Dr. Jan brings her expertise in human development, system dynamics, entrepreneurship, business growth, partnering, communication and creativity, her clients to her clients who become catalysts for change in their businesses, careers, and personal lives.

Her Big Picture approach helps you to accomplish so much more of what you desire. Working with Jan you go further, faster. Her work guides you to accelerate, while also integrating your professional and personal goals at each choice point across your life.

“When an experienced professional adds ChoicePoint Solutions, you can almost feel their body relax. They become excited again. More hopeful, they remember what they love about their work as, together, we turn burdens into doable strategies that achieve their future goals.” — Dr. Jan

Latest posts by Dr. Jan Hoistad (see all)
Share this... 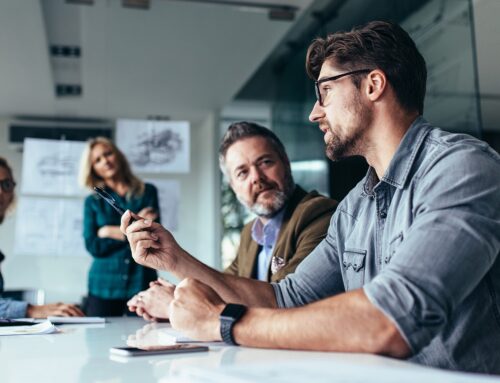 Maximizing Differences in a Business Partnership

Maximizing Differences in a Business Partnership 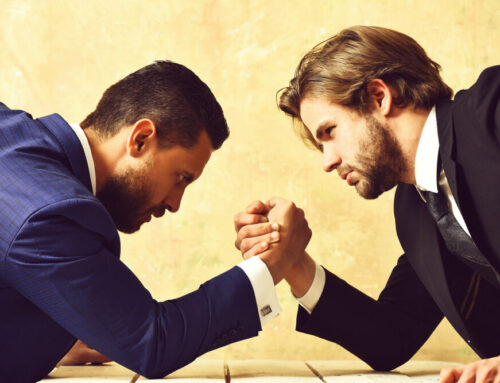 Coaching to Bring Business Owner/Partners With Differences Into Alignment

Coaching to Bring Business Owner/Partners With Differences Into Alignment 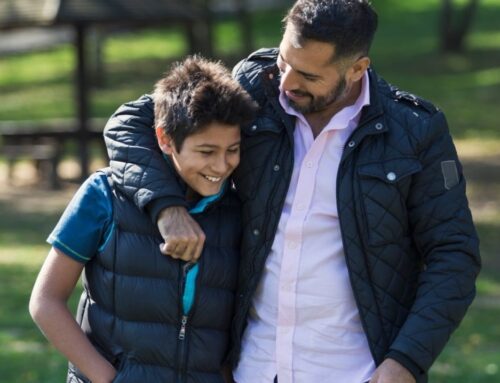 CEO and Father Coached to Include Family and Answer Son’s Question “What’s In This Move for Me?”

CEO and Father Coached to Include Family and Answer Son’s Question “What’s In This Move for Me?” 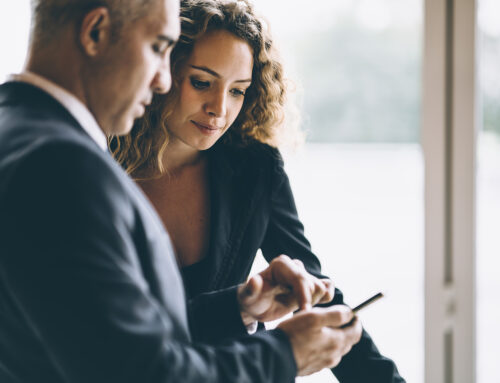 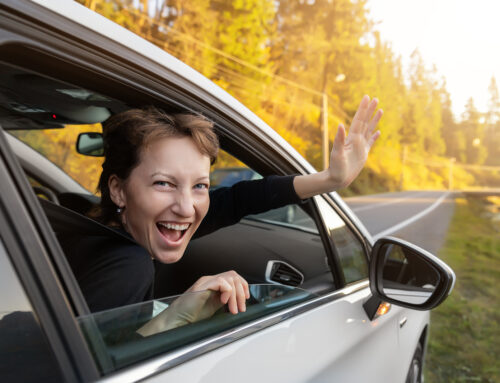